Definition: The CDC defines poison as any substance that is harmful to your body when ingested, inhaled, injected, or absorbed through the skin.

Magnitude of the Problem

Poison Control Centers can be valuable resources in helping to prevent poisonings in communities. They can also be cost saving services for states, according to the Health Resources and Services Administration (HRSA) for every dollar spent on Poison Control Center services, $7 is saved in medical spending. Raising awareness about poison prevention resources can be done through National Poison Prevention Week, which occurs every March. National organizations like the Home Safety Council and the American Association of Poison Control Centers can provide educational materials to help individuals understand common poisons found in the home, and steps to take to reduce risks and help keep children safe. 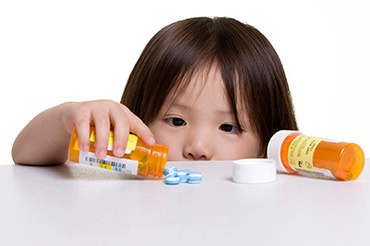 Safe Use and Administration of Medication to Young Children

Incidence and Lethality of Suicidal Overdoses by Drug Class

Resources for Preventing Poisonings Among Children and Youth From Electronic Cigarettes

Trends in Drug Poisoning Deaths Among Adolescents and Young Adults in the United States, 2006–2015