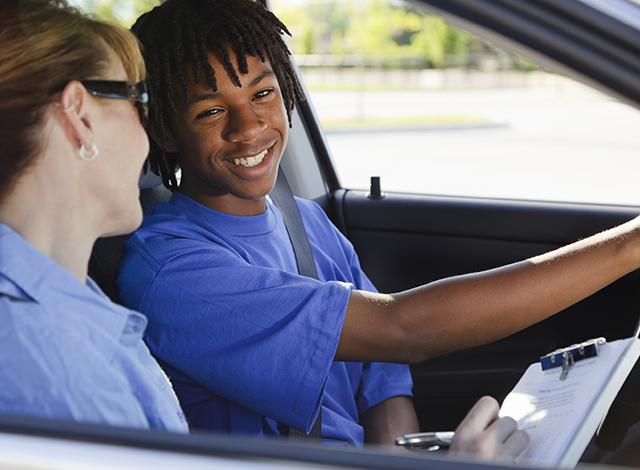 Many factors contribute to the high rate of motor vehicle-related deaths among teens – including lack of driving experience, lack of seat belt use, excessive speed, distractions, and drug and alcohol impairment. Motor vehicle crashes are the leading cause of death for U.S. teens with nearly seven teens (aged 13–19) dying and hundreds more being injured every day.  In this webinar, Dr. Barbara Banz of the Yale School of Medicine will discuss the neuroscience of driving for teens and the complexity in teen crashes from a developmental perspective. Dr. Federico Vaca, also at the Yale School of Medicine, will share his work on the relatively newer phenomenon of teens delaying their driving licensure, including advantages and disadvantages, contributing factors, differences among racial/ethnic groups, and implications for graduated driving licensure and teen driver safety. Both Dr. Banz and Dr. Vaca will share prevention strategies and resources. Sally Thigpen, of the CDC and an active CSN-A member, will moderate this webinar.

Barbara C. Banz, Ph.D. is a cognitive neuroscientist and Assistant Professor of Emergency Medicine where she serves as core faculty in the Yale Developmental Neurocognitive Driving Simulation Research Center (DrivSim Lab). Dr. Banz completed a three-year T32 postdoctoral fellowship (NIAAA/NIDA) focused on addiction neuroscience in adolescents and young adults in the Department of Psychiatry at Yale School of Medicine. Her graduate and early postdoctoral research were largely focused on using neurocognitive and neuropsychological testing, electrophysiology, and functional magnetic resonance imaging to build a neurocognitive profile of college-aged drinkers. As a cognitive neuroscientist with expertise in youth alcohol use, her ongoing research is aimed to develop a profile of how alcohol and drug use during youth translates to neurocognitive functioning and real-world implications among young drivers. In the Yale DrivSim Lab, Dr. Banz designs and builds high-fidelity driving simulation studies in order to bridge cognitive neuroscience with real-world application. Through her multidisciplinary and translational research program within the Yale DrivSim Lab, Dr. Banz works to transform her novel empirical work to real-world meaningful impact; understanding the brain to save the lives of teens and young adults so they can thrive in early adulthood and beyond.

Sally Thigpen, MPA (MODERATOR) joined CDC in 2009 in the Injury Center’s Division of Violence Prevention after nearly 15 years leading efforts to prevent child abuse and neglect in a variety of roles, including as Associate Director for Programs at Prevent Child Abuse Georgia. Sally is currently a Health Scientist with the Division of Injury Prevention (DIP) in the Injury Center. She provides support across the Injury Center for program evaluation and research, with specific expertise in actionable knowledge to promote behavioral and social change. Ms. Thigpen received her Bachelor of Arts in Sociology and Anthropology from Agnes Scott College and a Master of Public Administration that incorporated behavioral theory and research from the Andrew Young School of Public Policy at Georgia State University. Sally is an active member of the Children’s Safety Now Alliance (CSN-A).

Federico Vaca, MD, MPH is Professor and Vice Chair of Emergency Medicine and Director of the Yale Developmental Neurocognitive Driving Simulation Research Center (DrivSim Lab). Dr. Vaca is a practicing and board-certified emergency medicine physician and physician-scientist. He previously served as a Medical Fellow for the U.S. Department of Transportation’s National Highway Traffic Safety Administration (NHTSA) in Washington, D.C. Over the last 20 years, his research has focused on occupant safety, adolescent development and behaviors that influence the risk of motor vehicle crash morbidity and mortality as well as health disparities in injury and alcohol use disorders. His research has been funded federally by the Eunice Kennedy Shriver National Institute of Child Health and Human Development (NICHD), NIH’s Office of Behavioral and Social Science (OBSSR), and the National Institute of Alcohol Abuse and Alcoholism (NIAAA). Dr. Vaca serves on standing committees of the National Academies of Sciences, Engineering, and Medicine’s Transportation Research Board focused on road user measurement and evaluation, and vehicle user education, training, and licensing. Recently, he was selected and invited to join the working group focused on “Section 5: Parent/Guardian Involvement” as part of the update to the Novice Teen Driver Education and Training Administrative Standards (NTDETAS) being directed by the Highway Safety Services, LLC (HSS), the Association of National Stakeholders in Traffic Safety Education (ANSTSE), and NHTSA.