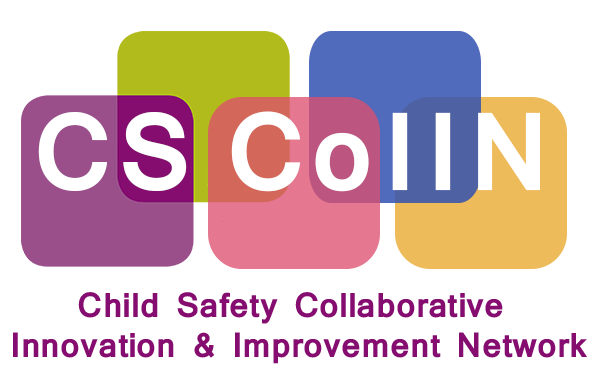 These statistics spotlight the need for widespread implementation of effective prevention strategies to reduce youth suicide.  The Child Safety Collaborative Innovation and Improvement Network (CoIIN), a new quality improvement initiative, is spearheading state efforts to adopt evidence-based interventions that can reduce suicide rates among youth and lower the rates of other serious and fatal injuries among children and adolescents.

In August 2015, the Children’s Safety Network and the Health Resources and Services Administration’s (HRSA) Maternal and Child Health Bureau (MCHB) launched the Child Safety CoIIN, a systematic effort to promote the adoption and spread of evidence-based practices to address five leading causes of child and adolescent injuries – child passenger injuries, falls, motor vehicle-related injuries to teens, interpersonal violence, and suicide.  Eighteen states, the District of Columbia, and two jurisdictions were selected to participate in the 12-month CoIIN to test, implement, and spread strategies designed to reduce these injuries.

The CoIIN states and jurisdictions held a summit in December 2015 to determine the topic areas and strategies on which they would focus.  At the summit, 12 states decided to focus on suicide and self-harm prevention.  Next, the CoIIN states and jurisdictions each recruited a wide range of agencies and organizations to be part of state-specific Strategy Teams that are working collaboratively to advance child safety in the topic areas they selected.  Now, these Strategy Teams are conducting PDSA (plan do study act) cycles and collecting real-time data to measure the improvements they are making in the implementation of evidence-based practices.

There are three overarching strategies for suicide prevention that are being tested in the Child Safety CoIIN:

Within each of these overarching strategies, the CoIIN states are testing specific change ideas to determine the effectiveness of these ideas and whether and to what extent they can be improved and replicated.  For example, the states that are working on increasing linkages, collaboration, and coordination among suicide prevention programs and health care services and systems, are testing the effectiveness of protocols and quality measures that are designed to increase communication and collaboration in the identification, referral, management, and follow up of suicide risk.  The ultimate goal of these efforts is to identify successful change ideas and scale them up as rapidly as possible to drive major reductions in youth suicide and other injuries.

For more information about the Child Safety CoIIN, please go to: