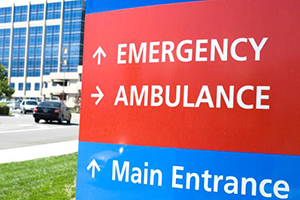 You've probably heard about E-cigarettes (Electronic cigarettes) through the news or perhaps you've even seen an advertisement with cartoon characters or a celebrity endorsement.  There are lots of issues under current discussion - especially around in-door air quality, FDA regulations and youth access.  However, there has been little public information about a serious side effect of e-cigarettes - the spike in poisonings among young children.  The CDC reports that the number of calls to Poison Control Centers involving e-cigarettes containing nicotine rose dramatically from 1 per month in September 2010 to 215 per month in February 2014. More than half of these calls involved children under age 5, and about 42 percent of the calls involved people age 20 and older. Whether electronic cigarettes are a less harmful substitute for traditional cigarettes is unclear as research has not been completed, but it is clear that there is a poisoning risk to children. 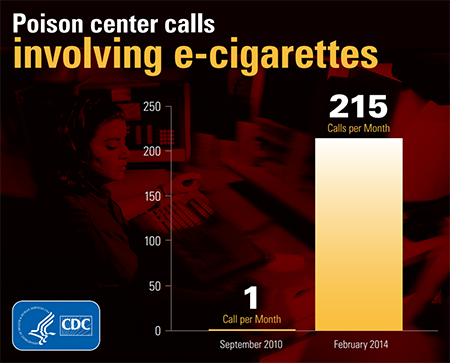 E-cigarettes contain "E-juice," a liquid nicotine solution which comes in a variety of flavors and strengths.  Nicotine can be poisonous and E-juice refills may be harmful to children. These products come in bright colors and appealing flavors (including spearmint, banana and bubble gum) and scents, making them particularly attractive to young children.  Just a few drops of E-juice absorbed through the skin or swallowed can result in a trip to the emergency department.  Ingesting as little as one-third of an ounce may be fatal to a child.

Currently there are no federal packaging requirements for E-cigarettes or the refills.  On July 10, 2014, the Child Nicotine Poison Prevention Act of 2014 was introduced.  This bill urges the U.S. Consumer Product Safety Commission to enact rules requiring safer, child-resistant packaging for any liquid nicotine sold to consumers.   For more information about this effort you can contact the American Association of Poison Control Centers (AAPCC) at www.aapcc.com.  If you are a National Organization and would like more information about the effort you can contact the American Academy of Pediatrics (AAP) at  Kids1st@aap.org. On April 30, 2014, Vermont lawmakers approved an amendment to State Senate bill S. 239 requiring child-proof packaging on liquid nicotine containers (http://www.leg.state.vt.us/docs/2014/bills/Passed/H-217.pdf). Effective January 1, 2015, Minnesota will become the second state to adopt similar legislation (https://www.revisor.mn.gov/laws/?id=291&doctype=Chapter&type=0&year=2014, Section 31).

The best way to prevent e-cigarette poisoning is to always keep e-cigarettes and liquid nicotine locked up and out of the reach of children.  If you use e-cigarettes, you should always protect your skin when handling the products and wash your hands with soap afterwards to prevent transferring hand contact to children.  Follow the specific disposal instructions on the product label.  If you do suspect a poisoning has occurred, call Poison Help (1-800-222-1222) to reach your local poison control center. Program the number in your phone for quick and easy access.

Tom Frieden, MD, MPH, Director of the CDC, states that "Use of these products is skyrocketing and these poisonings will continue.  Health care providers, e-cigarette companies and distributors and the general public need to be aware of this potential health risk from e-cigarettes."  With much of the focus on the intended use of the product, the CSN hopes to spread the word that parents and others ought to be mindful of children's access to the nicotine juice and policymakers have an opportunity to support the Child Nicotine Poison Prevention Act of 2014 and/or  look to Minnesota and Vermont for potential preventive policy.

Thanks to contributors and reviewers: