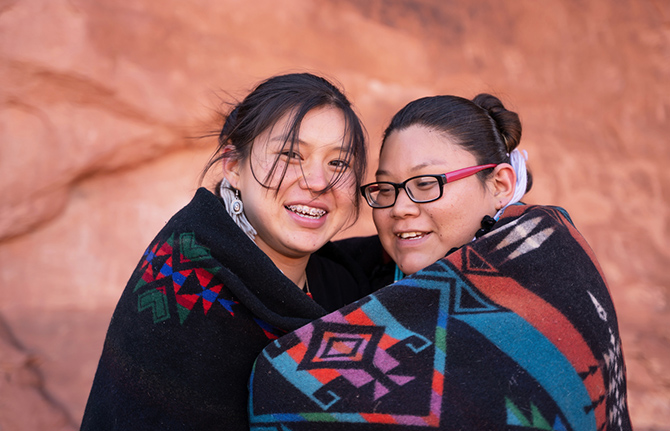 While the risk of suicide among American Indian and Alaska Native youth is 2.5 times higher than the general population, suicide rates vary across tribal communities. Preventing suicide by using a culturally relevant, contextually driven, comprehensive approach is a high priority for those working to address this health disparity. Dr. Dolores Subia BigFoot, of the Indian Country Child Trauma Center and Suicide Prevention Resource Center, discussed risk and protective factors for American Indian and Alaska Native youth and shared how she has created cultural adaptations of evidenced-based programs to best serve families. Colbie Caughlan, of the Northwest Portland Area Indian Health Board, discussed her work including challenges and successes in suicide prevention efforts with Northwest tribes. The webinar was moderated by Dr. Ellen Harwell of the National Action Alliance for Suicide Prevention.

Dolores Subia BigFoot, PhD, a child psychologist by training, is a presidential professor who directs the Indian Country Child Trauma Center within the Center on Child Abuse and Neglect at the University of Oklahoma Health Sciences Center, as well as the National Suicide Prevention Resource Center. Since 1994 she has directed Project Making Medicine, a clinical training program for mental health providers in the treatment of child maltreatment using culturally based teachings. With the establishment of the Indian Country Child Trauma Center in 2004, she was instrumental in the cultural adaptations of evidenced-based child treatment protocols. Under her guidance, four evidenced based treatments were enhanced for American Indian and Alaska Native families in Indian Country, titled the Honoring Children Series. One of the four is Honoring Children – Mending the Circle, a cultural enhancement of trauma focused cognitive behavioral therapy, for use with American Indian and Alaska Native children and their families. With over 30 years of professional experience, Dr. BigFoot has published widely, served as a principal investigator on sixteen federally funded projects and federal commissions. Dr. BigFoot is a member of the national TF-CBT Trainer Network. She is an enrolled member of the Caddo Nation of Oklahoma with affiliation to the Northern Cheyenne Tribe of Montana where her children are enrolled members.

Ellen Harwell, PhD, is a project associate with the National Action Alliance for Suicide Prevention. She began her career in the juvenile justice field working with multiple child serving state agencies in Oklahoma. While working at East Central University, Ellen began work in the field of suicide prevention, writing and implementing a suicide prevention training curriculum for a medium secure juvenile facility. Before joining the Action Alliance, Dr. Harwell chaired Oklahoma’s Detaining Youth Task Force, which was formed after the death by suicide of a juvenile in an adult jail. This work resulted in two bills signed into law in 2021 changing the way juveniles in Oklahoma are detained prior to adjudication. Ellen is working toward obtaining her Certified Mental Performance Consultant (CMPC) credential through the Association for Applied Sport Psychology while also working with middle school gymnasts and the Oklahoma University School of Musical Theatre on performance enhancement.

Access the archived recording and slides for the webinar.

CEU: As a reminder, CSN does not provide CEU or certificates for our webinars